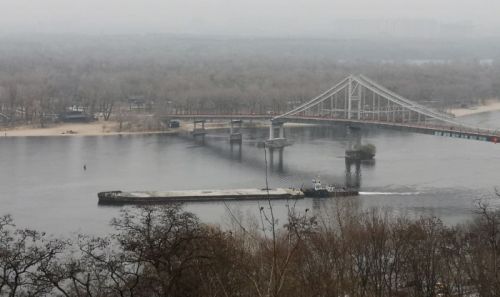 The volume of cargo transportation on River Dnipro totaled 10.05 million tons during the period of January-November 2020, which is 747,800 tons or 6.9% less than the volume that was transported on the river in the same period in 2019.

The Ukrainian Seaports Authority announced this in a statement, the CFTS portal reports.

The number of ship journeys performed on River Dnipro reduced by 5.3% to 10,473 in the first 11 months of this year, compared with the corresponding period of this year.

The volume of transportation of metal products increased by 8.3% to 1.67 million tons, construction materials and other goods by 6.8% to 5.14 million tons, and petroleum products by 14% to 43,400 tons.

As reported earlier, cargo transportation on River Dnipro reduced by 10.9% to 8.6 million tons of cargo in January-October 2020, compared with 9.7 million tons in 2019.