Nordica, the new Estonian national airline, has begun operating regular flights on the Tallinn-Odesa route. It performed its first flight to the Odesa international airport on 28 May.

Flights between the two cities had not been performed for the past 25 years. The Nordica airline will fly to Odesa every Saturday until 28 October. The flight duration is 2 hours and 15 minutes.

The CFTS earlier reported that the Estonian airline had completed the creation of its aircraft fleet. The airline’s sixth aircraft – an 88-seat Bombardier CRJ900 landed at the Tallinn airport on 16 May.

Nordica currently has a fleet of two CRJ700 and four CRJ900 aircraft. Five of the new Estonian airline’s six aircraft were operated by Estonian Air, which has ceased operation.

According to Nordica airline’s Board Chairman Jaan Tamm, the arrival of the sixth aircraft in the airline’s fleet was planned well in advance and because of the airline’s increasing needs. Nordica is operating flights to 15 European cities in the summer in in collaboration with Adria Airways. 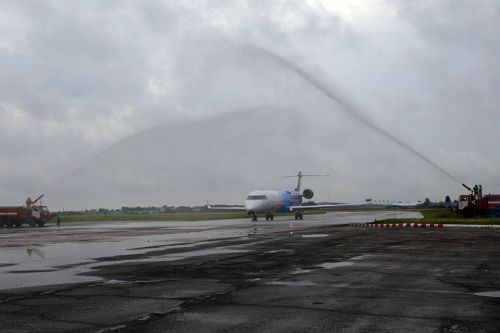