The Boryspil international airport has redesigned and reconstructed almost all the premises within its Terminal D in preparation for an increase in passenger traffic in the summer.

According to the airport, the baggage area on the first floor of the terminal’s arrivals area was substantially redesigned. The redesign increased the free area in the waiting room by 300 square meters, which reduces crowding during peak hours. According to the airport’s acting head Yevhen Dykhne, this has resulted in a separation into the red and green corridors for customs control that is generally accepted and understood worldwide.

On the second floor of Terminal D, the departure area for domestic flights has been reconstructed to shift the aviation security control line. As a result, the passenger waiting area has also increased and the area of the business lounge has increased significantly.

The redesign also increased the capacity of the terminal’s transit passenger area by 20% to 910 passengers per hour. An additional security control point has been created without reducing the passenger waiting area.

The redesign of the transit area will continue in the second half of 2016. According to preliminary estimates, optimization of technological processes will increase the capacity of the area by at least 60%.

In addition, the management of the Boryspil international airport planned to construct three new exits to apron buses at the beginning of 2017 due to the constant increase in the number of flights at peak times. This will increase the capacity of the terminal by a third to 27 flights per hour. 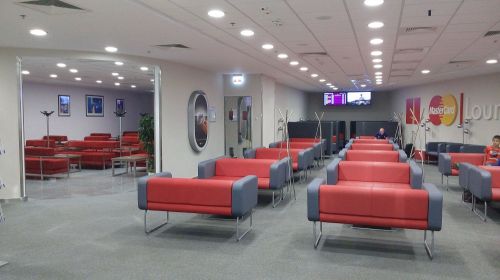 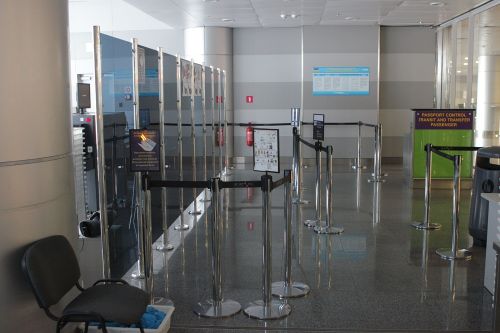 Kryklyi’s To-Do List: the Infrastructure Ministry’s Plans for the Next 5 Years
Mail Delivery by Rail: Who Needs Ukrzaliznytsia’s New Project All that Glitters in China is Not Gold: Five Frozen Chinese Infrastructure Projects in Ukraine The US Kremlin List: Analysis by Cargo Volumes

Everyone in Favor but with Reservations: Businesses and Government Assess New Rail Transport Bill
The TEN-T Transport Network: How the European Union Sees Development of Ukraine’s Infrastructure Nobody Waits For Nobody: How the Hutchison Ports Container Terminal Operates in Barcelona How Will Ukrzaliznytsia Upgrade Its Commuter Trains?
Back to top