The Chinese company Cofco officially opened a grain terminal in the Mykolaiv region on Thursday, May 19. The facility has been in operation since the beginning of the year, but it was officially opened on May 19.

Construction of the terminal lasted about 20 months. It is located at the berths 1 and 2 of the Mykolaiv seaport. Cofco invested approximately USD 75 million in the project.

Earlier, the Hong Kong-based Noble Group, which later became part of the Cofco Corporation, bought the Ukrainian Danube shipping and stevedoring company for USD 21.7 million with the aim of creating new transshipment facilities. The Ukrainian Danube shipping and stevedoring company owned a land plot and a loading terminal in the Mykolaiv port. The Chinese investors implemented the project for creation of a grain and oilseed transshipment complex on the basis of these assets.

According to Noble Group, the deal involving the purchase of the Ukrainian Danube shipping and stevedoring company was the first step toward constructing a base that will enable the group to handle up to 3 million tons of grains and oilseeds per year.

A team of specialists from CFTS Consulting provided independent expertise to Noble Group for the project involving selection and acquisition of land and facilities for handling agricultural products company. CFTS Consulting conducted a study into the capacity of the port railway infrastructure and analyzed potential sites for the grain terminal, including analysis of the structure of the existing cargo flows in various directions and possible changes.

Cofco is a multi-profile state organization that engages in purchase and trading of grains, as well as in deep processing of grain. It also owns hotels, shopping malls, and vineyards, as well as a joint venture with the British insurance company Aviva Plc. The corporation is one of the largest state-owned enterprises in China. The corporation currently owns assets worth more than USD 71.9 billion as a result of a series of acquisitions. 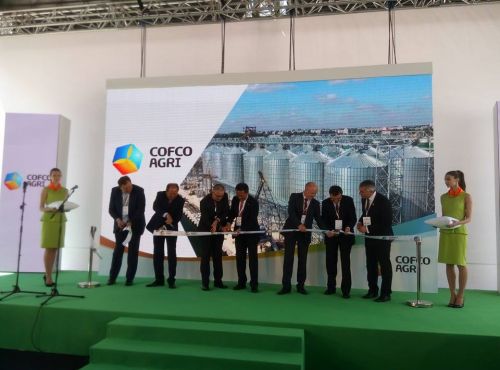