Hapag-Lloyd AG, a German international shipping and container transportation company, is launching unit trains in Ukraine, which will operate from Odesa to Kyiv, Dnipro, and Kharkiv. 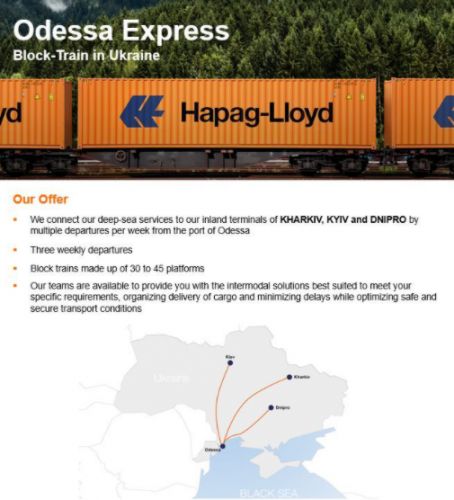 According to Kovylyaeva, the trains will depart from the Odesa seaport three times per week. A unit train will include 30 to 45 platforms.