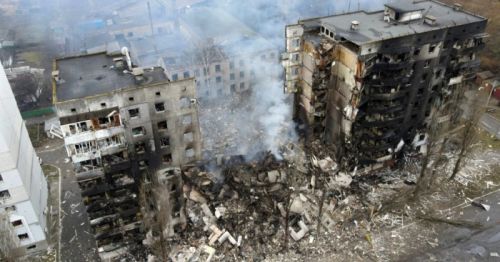 First Deputy Prime Minister/Minister of Economy Yulia Svyrydenko has said that the Economy Ministry estimates the losses from Russia's invasion of Ukraine at USD 564.9 billion, the CFTS portal reports.

"USD 564.9 billion is the exact amount of the one-time losses that Ukraine has incurred as a result of the Russian invasion," she said.

The structure of the destruction is currently as follows:

- USD 119 billion is the loss of infrastructure (about 8,000 kilometers of roads and dozens of railway stations and airports have been destroyed or damaged);

- USD 90.5 billion is the losses of the civilian population (10 million square meters of housing, 200,000 cars, and food supplies for 5 million people);

- USD 80 billion is the losses of enterprises and organizations;

- USD 54 billion is the loss of direct investment in the Ukrainian economy;

- USD 48 billion is the loss of the state budget.

According to Svyrydenko, these losses are increasing every day the war continues.

"This is why Ukraine will seek compensation payments from the aggressor, both through court decisions and transfer of the Russian Federation’s frozen assets to the state, despite all the obstacles," she said.