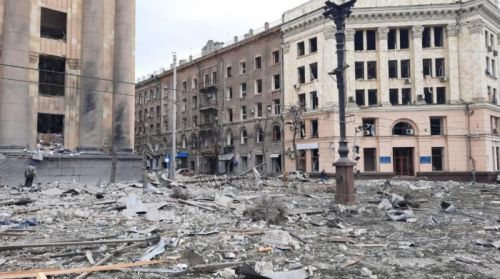 Hundreds of billions of euros or dollars are likely to be needed to rebuild Ukraine after the war.

This was stated by the head of the European Union’s Delegation to Ukraine, Matti Maasikas, the CFTS portal reports, citing the Interfax Ukraine news agency.

"I know that the Ukrainian government is working hard on a recovery plan together with the National Recovery Council. The needs will probably be in hundreds of billions of euros or dollars. Your international partners have only just begun discussions: on how to raise these funds and how to manage them in cooperation with Ukraine. Of course, there must be strong participation on the part of Ukraine. Nobody wants and can decide better than you what exactly this money will be needed for," Maasikas said.

According to him, more technical and financial discussions on this issue are ongoing.

"Another political idea that is being warmly welcomed is President Zelenskyi's idea of ​​a partnership, in which a government, municipality, or even a large company on the side of the international partner will be able to contribute to the Ukrainian fund with the specific goal of rebuilding a particular municipality or city," Maasikas said.

He added that forms that such a twinning will take still have to be determined.