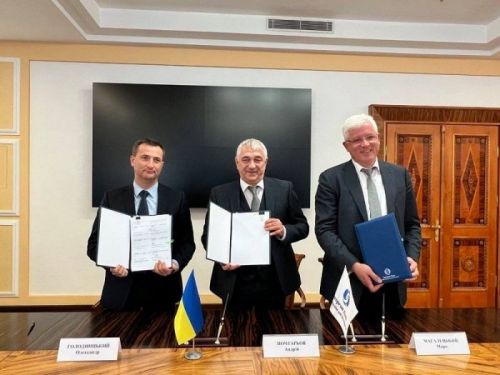 The Ukrainian Ministry of Infrastructure, the European Bank for Reconstruction and Development (EBRD), and the state-owned Ukrainian Seaports Authority (USPA) signed an agreement on the preparation of public-private partnership (concession) projects in the Chornomorsk seaport on October 19, the CFTS portal reports, citing the USPA.

Under the terms of the agreement, the USPA and the European Bank for Reconstruction and Development will jointly finance the preparation of concession projects in the Chornomorsk seaport, particularly the seaport’s first and container terminals, as well as the MTP Chornomorsk State Enterprise’s fifth terminal (railway and ferry complex) and related USPA properties associated with these terminals.

As reported earlier, the International Finance Corporation (IFC) and the EBRD began the procedure for selecting a legal advisor to work on the feasibility study and tender documentation for concession projects in the Chornomorsk seaport in May this year. It was announced that the Ministry of Infrastructure planned to announce tenders for concession projects in the seaport by the end of this year.

The concession projects for the first terminal and the container terminal, as well as for the MTP Chornomorsk State Enterprise’s ferry complex, are included in the List of State Priority Investment Projects until 2023 that was approved by the government.