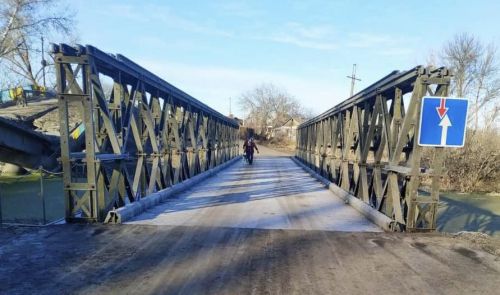 A temporary bridge donated by the Czech Republic has been opened to traffic in Balakliia (Kharkiv region).

The 36-meter pedestrian bridge was installed next to a damaged bridge within one month of the liberation of Balakliia.

"Currently, it is installed on the Highway P-78 Kharkiv - Zmiiv -Balakliia," the statement said.

According to the statement, traffic on the bridge will be reversed.

The bridge connects the residential areas of Balakliia with the city’s infrastructure and significantly simplifies the logistics of delivering medicines, humanitarian aid, and essential goods to people.

According to the ministry, the Kharkiv region is one of those regions where the Russian occupiers left large-scale infrastructural destruction, with 25 artificial structures destroyed.

"However, 10 structures have already been opened to traffic. The main task is to connect cities and towns and reduce the delivery time," the ministry said.

The State Road Service (Ukravtodor) received four metal bridges from the Czech Republic’s Administration of State Material Reserves. One bridge has already been installed in each of the Kyiv and Cherkasy regions and two have been installed in the Kharkiv region. 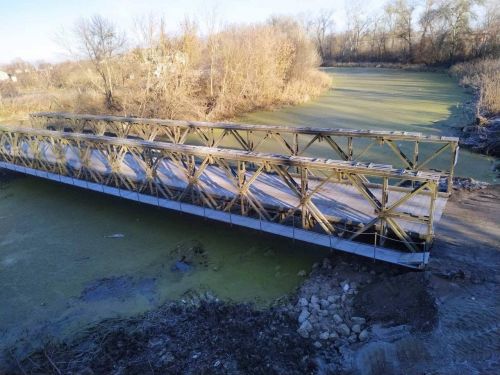