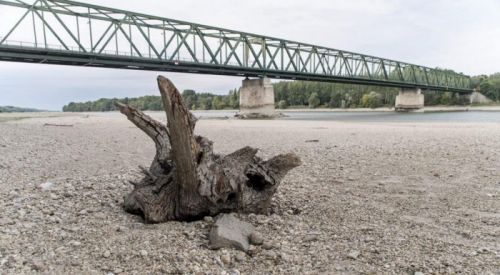 Most of the vessels in the fleet of the Ukrainian Danube Shipping Company (UDP) are currently transporting grain cargoes on the Lower Danube. The vessels are loaded at a draft of 1.8 -1.9 meters because of the low water levels in the river Danube.

He noted that navigation on River Danube has been suspended since July because of significant shoaling.

Because of this, the UDP was forced to reduce the average load on its vessels to a record level and change logistics routes in August. Now, the caravans are loaded in Izmail at the minimum draft of 1.80 - 1.90 meters and they travel up the Danube no further than the Bulgarian ports of Ruse and Svishtov. The vessels are unloaded mostly in the Romanian ports of Braila and Galati.

Currently, 14 UDP caravans are operating on the River Danube.

As reported earlier, the Ukrainian Danube Shipping Company is considering opportunities for cooperation with the largest logistics operators on the river Danube. The goal of such cooperation is the development of complex logistics solutions that will make it possible to compensate for the shortcomings of all the existing logistics routes.