Lviv Railways (a division of the Ukrzaliznytsia public railway company) has launched operation of a railcar that was converted specifically for transporting bicycles, the Lviv Railways announced in a statement.

The railcar, which is the only one of its kind in Ukraine, is part of the train No. 827 Lviv-Mukacheve.

Lviv Railways implemented this project in less than three months in partnership with the Lviv regional administration and cyclists. All the work involved was performed at the Lviv railcar depot.

According to the depot’s head Andrii Hrunik, Lviv Railways will monitor the popularity of bicycle transportation services over a period of one month. Other bicycle railcars may appear in the future if demand for it is high.

The regional train No. 827/828 Lviv-Mukacheve-Lviv departs daily at 07:10 and arrives in Mukacheve at 11:15. It departs on the return journey at 16:40 and arrives in Lviv at 20:45. the train makes stops in picturesque parts of the Carpathians and the Zakarpattia region: at the railway stations Carpathians, Svaliava, Volovets, Skotarske, Lavochne, Slavske, Tukhlia, Hrebeniv, Skole, as well as at the railway stations Stryi, Mykolaiv, and Pustomyty. 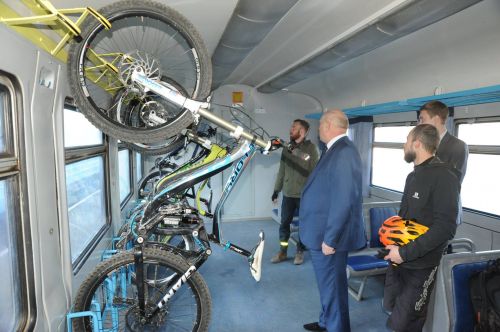 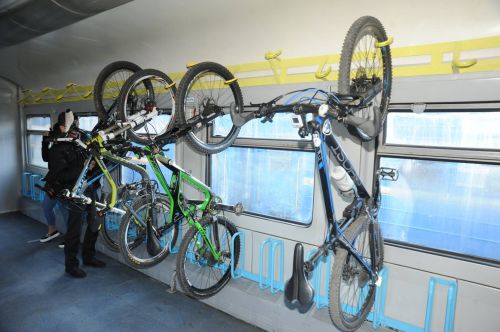