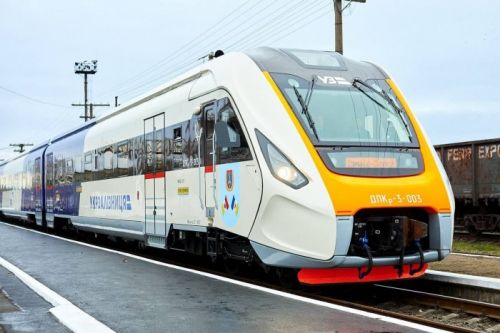 The Danube Express train embarked on its first trip on the Izmail-Odesa route in the Odesa region on 20 November, the CFTS portal reports.

According to information from the Ukrainian Railways joint-stock company (Ukrzaliznytsia), the train No. 7002/7001 will depart from Odesa daily at 19:50 and arrive in Izmail at 00:32. The express train will depart from Izmail at 01:29 and arrive in Odesa at 06:11. The train will make stops at the Bilhorod-Dnistrovskyi, Kulevcha, Sarata, Artsyz, Hlavani, Dzinilor, and Kotlabukh stations.

The express train will operate daily, and the price of a ticket for the entire route is UAH 189.

According to Ukrzaliznytsia, the launch of the train was made possible by the implementation of a pilot project based on a PSO (public service obligation) jointly with the leadership of the Odesa region. According to the memorandum that was signed by the two parties, the local authorities will pay Ukrzaliznytsia at least UAH 5 million per year as compensation for the cost of organizing the route.

"Ukrzaliznytsia will continue to apply this principle to new trains and subsequently apply it the principle to the entire country – with the support of the Deutsche Bahn railway operator and after the adoption of the new rail transport law – if local authorities are ready to enter into such partnerships," said Volodymyr Shemaev, the deputy director of Ukrzaliznytsia’s investment department.

Another DPKr-3 train is planned to be launched on the Dolynska – Kryvyi Rih – Apostolove – Kherson – Vadym – Mykolaiv route in 2022.