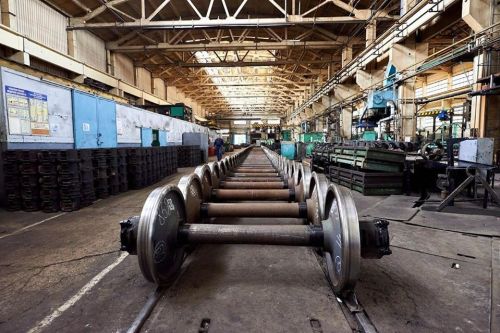 Ukrainian state-owned railway company Ukrzaliznytsia will have a possibility to pressure suppliers of goods and services by means of concluding long-term agreements, Alexey Izhak, Center for Analysis and Forecasting director says.

Inking of a long-term contract between Ukrzaliznytsia and a product supplier does not mean an automatic purchase of the entire contracted volume. In fact, this document can be called a memorandum of intent or a framework agreement, which, in turn, are regulated by additional agreements, he says.

The expert also recalled that in 2019 Ukrzaliznytsia having concluded a contract with the Kryukovsky Railway Car Building Works for the supply of five diesel trains simply refused to buy products. “UZ management explained their position by lack of the funds to buy that trains now. So, UZ can flexibly approach the procurement of any goods and order them when a need arises,” Mr Izhak explained.

In addition, a long contract together with amendments allow Ukrzaliznytsia to establish the purchase price. “Here is a recent example. In May 2020 UZ purchased 6 thousand tons of diesel fuel under the framework agreement that was concluded in April saving more than 9 million UAH. How does it work? Before shipment buyers go to suppliers of fuel and bargain for prices below the market average, says expert.

Mr Izhak also notes that such practice of long-term contracts is absolutely normal for all European railways. “In fact, such a bureaucratic colossus as Ukrzaliznytsia is now moving to transparent and global corporate governance standards. Figuratively speaking, the UZ management is now on the right track,” he stated.

Life after Tokens: What Will Happen to Kyiv Subway Fares
What Passengers Do Not See: How Ukrzaliznytsia’s High-Speed Trains Are Serviced In Search Of Our Own Locomotive: Can Electric Locomotives Be Manufactured In Ukraine Today? Boryspil by Train: What We Know About the Future Railway Line from Kyiv to the Boryspil Airport
Back to top