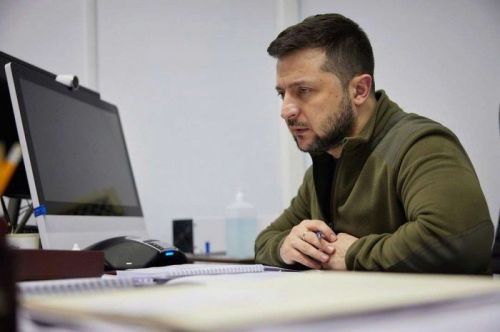 President Volodymyr Zelenskyi called on Italy to support sanctions against the Russian Federation, including a complete embargo on trade and freezing of Russian oligarchs’ assets, in his address to the Italian parliament on Tuesday.

The CFTS reported this, citing the Economic Pravda publication.

"You know those who brought war to Ukraine. You clearly know those who are ordering troops to go to war and those who are engaging in propaganda. Almost all of them are using Italy as a vacation spot. So do not be a resort for murderers," Zelenskyi said.

"Block all real estate, accounts, and yachts, from the Scheherazade to the smallest ones. Block the assets of everyone who has influence in Russia, let them use it for peace, so that someday they will be able to return to you," he added.

Zelenskyi also called on Italy to support most of the sanctions on Russia, including a complete embargo on trade with it – including an oil embargo – and a ban on Russian ships entering Italian ports.

He also said that there should be no exception from the sanctions on Russian banks because the EU earlier "cut off" only seven Russian banks from the SWIFT international messaging system.

"Prevent a food crisis in your neighboring regions, help us stop the killings, and save Ukrainian families. This war must be ended as quickly as possible, peace must be restored, enemy troops removed from Ukraine, mine cleared, and Ukraine jointly rebuilt after this war, in the European Union," the president concluded.