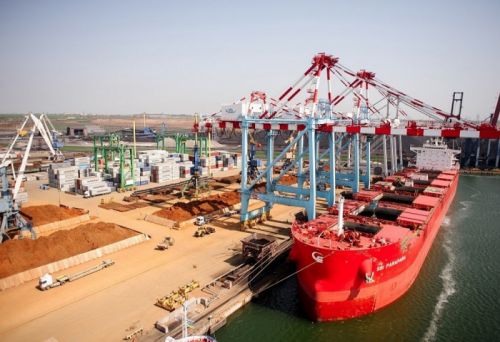 The Ukrainian Seaports Authority (USPA) has announced that 68 ships carrying 1.2 million tons of cargo have been in Ukrainian ports since the beginning of Russia’s full-scale invasion of the country, the CFTS portal reports.

"Two-thirds of these 1.2 million tons is food that is being awaited all over the world," the USPA said.

According to the announcement, 480,000 tons of oil and corn are in the holds of ships located in the waters of the Pivdennyi, Odesa, and Chornomorsk seaports.

"An additional 1 million tons of grain is stored in grain terminals and warehouses of Ukrainian ports," the USPA said.