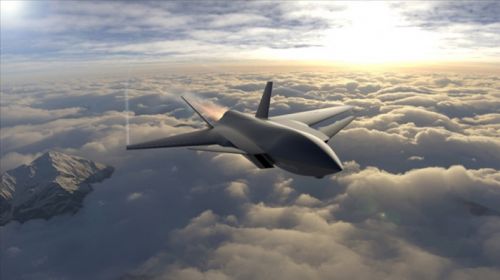 The Turkish company, Baykar Technologies, has announced that the first engine integration test of the first prototype of the Bayraktar Kızılelma

unmanned fighter jet, which is equipped with engines manufactured by the Motor Sich company (Ukraine), has been completed successfully.

According to the company, the Bayraktar Kızılelma will be the first Turkish-made jet-powered unmanned military aircraft.

Bayraktar Kızılelma is a jet-powered supersonic stealthy carrier-capable unmanned fighter aircraft that is expected to have an operational altitude of 12,000 meters, a take-off weight of 5.5 tons, and a payload of 1.5 tons. The ammunition carrying capacity of the device will be 1 ton. It has two modifications (MIUS-A and MIUS-B) and both are equipped with engines manufactured by Motor Sich: AI-25TLT and AI-322F, respectively.