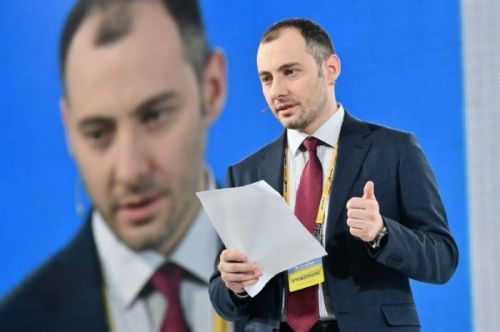 The Ukrainian parliament approved the candidacy of Oleksandr Kubrakov for the post of Ukraine’s minister of infrastructure at a session on 20 May, the CFTS portal reports.

The relevant decision was adopted by 284 votes at the parliamentary session.

Kubrakov took the oath of office ad Ukraine’s minister of infrastructure after the vote.

As reported earlier, the Ukrainian parliament approved the resignation of Vladyslav Kryklyi from the post of minister of infrastructure by votes at an extraordinary session on 18 May.