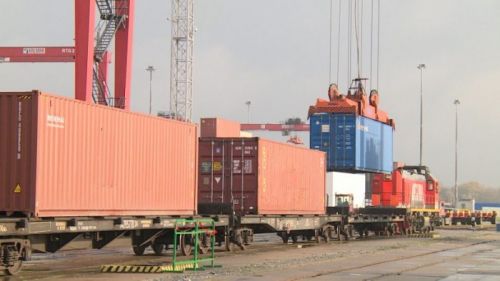 The Russian Railways announced this in a statement in its Telegram channel, the CFTS portal reports.

According to the statement, container trains previously operated between these terminals once a week, delivering up to 62 TEU, but the weekly frequency has now been tripled to 186 TEU.

The terminal in Chernyakhovsk was put into operation last year. It focuses on export and import shipments, as well as on handling transit containers being transported between Asia and the EU. Containers can be transferred from broad-gauge trains (1520 mm) to European-gauge trains (1435 mm) at the terminal.

It should be noted that the Russian Railways’ trains have to travel on transit through the territory of Lithuania to reach the terminal in the Kaliningrad region.

The Ukrainian Railways joint-stock company (Ukrzaliznytsia) recently called on railway administrations in Europe and Asia to end all cooperation with the Russian Railways.