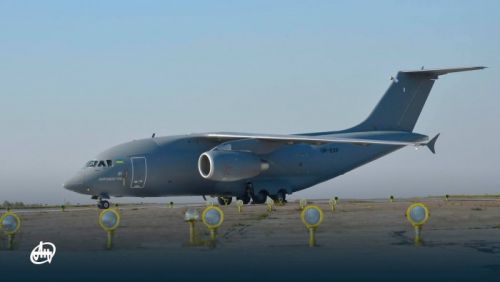 The production of An-178 military transport aircraft for the Ukrainian Ministry of Defense is proceeding according to schedule. The construction of the airframe of the first of the three aircraft has been completed and the aircraft’s systems are currently being installed.

The Antonov state aircraft manufacturing enterprise announced this in a statement, the CFTS portal reports. The state enterprise also said that the maiden flight of the aircraft is planned for the first half of 2022.

"Simultaneously, the manufacture of the second aircraft is underway. Its wing and tail unit have already been built. The final assembly of the fuselage is already taking place. These units will later be joined together. The airframe of this An-178 will be thus completed ahead of the approved schedule in December this year," Antonov said.

In addition, according to the company, the construction of the An-178 model that is intended for flight certification tests has been completed. “The development of all aircraft systems is nearing completion, including the import-substituted systems produced by companies in non-CIS countries, including the United States, Canada, France, Germany, etc. The airplane is currently preparing for its maiden flight," the enterprise said.

As reported earlier, the Antonov state aircraft manufacturing enterprise and the Ministry of Defense signed a Memorandum of Cooperation on the construction of aircraft for the Ukrainian Armed Forces in December 2020. The memorandum provides for the construction of about three new An-178 military transport aircraft for the Ukrainian Armed Forces during the first phase of the project.

Simultaneously, the Antonov state aircraft manufacturing enterprise is building one An-178 military transport aircraft for the Peruvian Interior Ministry.

The An-178 military transport aircraft debuted at the 2015 Le Bourget air show. An import substitution program was implemented for the prototype aircraft because a significant part of its components (the tail section of the fuselage and empennage, part of the cockpit, engine nacelles) was supplied by Russia.