Brazilian aircraft manufacturer Embraer officially rolled out the first prototype of the KC-390 military transport aircraft from the production hangar on October 21, Embraer announced in a press release.

"It paves the way for the beginning of the ground tests to prepare for the first flight," said Jackson Schneider, the president and CEO of Embraer Defense & Security.

The KC-390 is a joint project of the Brazilian Air Force with Embraer, and it is designed to perform a variety of missions: cargo and troop transport, troop and cargo air delivery, aerial refueling, search and rescue, and combating forest fires, among others, the press release said.

The Antonov state enterprise recently presented the fuselage of the new An-178 military transport aircraft. However, the manufacturer of the engines for the aircraft, the Motor Sich company (Zaporozhe), has not delivered new engines for the aircraft, and it is promising to deliver them next year. In addition, Motor Sich has yet to provide for the prototype even those engines that are currently being installed on the An-148 and An-158 aircraft. 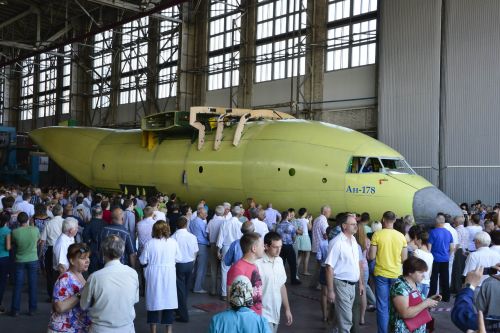