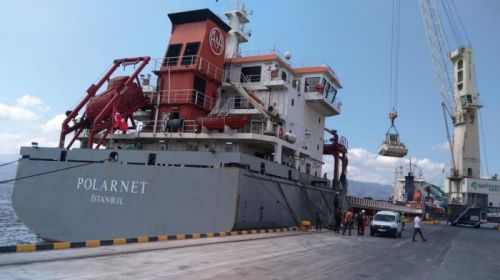 The Polarnet general cargo ship, which left the Chornomorsk seaport on 5 August as part of the first grain caravan, has reached its final destination, which is the Turkish port of Deringe. It is thus the first ship participating in the "grain initiative" to arrive at its destination.

As the CFTS portal reported, citing the Ukrainian Ministry of Infrastructure, the Navi Star and Rojen ships, which left Ukrainian ports as part of the same caravan as the Polarnet, are expected to arrive at their destination ports in about a week.

As reported earlier, the Razoni bulk carrier was the first grain vessel to leave Ukrainian ports since 24 February. The bulk carrier departed the Odesa port for Tripoli (Lebanon). It is carrying 26,000 tons of corn and it has not yet reached its destination.