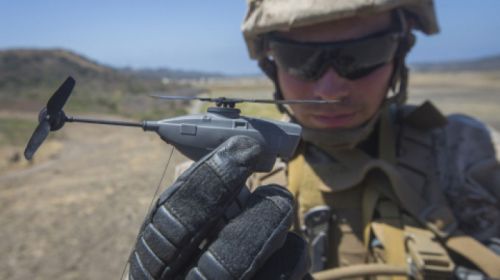 Norway and the United Kingdom are joining forces to purchase Norwegian-developed Black Hornet micro-drones worth a total of up to NOK 90 million for donation to Ukraine.

The Norwegian Ministry of Defense announced this in a statement, the CFTS portal reports, citing the Interfax Ukraine news agency.

"The Norwegian-developed drone is a global market leader. It is used in a number of allied countries, including the United States and Great Britain. The drone is used for reconnaissance and target identification. It is easy to operate, robust, difficult to detect and particularly well suited for combat in urban areas," Norway’s Defense Minister Bjørn Arild Gram said.

According to the statement, the package includes Black Hornet units, spare parts, transportation and training. This will be financed by the British-led fund to which Norway has contributed NOK 400 million. The Ukrainian authorities have asked for this type of equipment in the fight against the Russian invasion, the ministry said in the statement.

"Norway and the UK remain determined to stand shoulder-to-shoulder with Ukraine. These cutting-edge drones will help give Ukraine’s troops a vital advantage on the battlefield as they fight to defend their country against Putin’s brutal and unprovoked invasion," British Defense Secretary Ben Wallace said.

The micro-drone will be acquired from Teledyne Flir, as a call-off on a framework agreement that The Norwegian Defense Material Agency has. Procurement, training and delivery of the material is done in collaboration with and coordinated by the British authorities.

In addition, according to the Norwegian Defense Ministry, an anti-drone system will be purchased for approximately NOK 100 million for the fund. The system chosen is the anti-drone system Nightfighter from British SteelRock Technologies.

SteelRock Nightfighter is a portable system that provides protection against drones through effective jamming. The system is particularly suitable for protecting smaller patrols, artillery positions and other important resources.