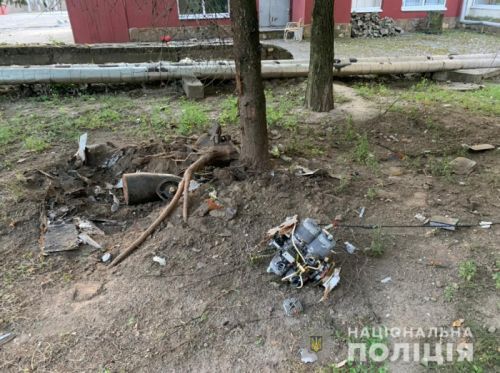 Ukrainian law enforcement officers found the wreckage of an unmanned aerial vehicle on 15 September while assessing the aftermath of a night attack by the Russian occupying forces in Nikopol (Dnipropetrovsk region).

It was established that it was the wreckage of a Shahed-136 Iranian kamikaze drone (which the Russians named "Geran-2"), the CFTS portal reports, citing the NV publication.

The photograph shows its Mado M550 engine, which is used on Iranian UAVs and often remains intact after an explosion.

As reported previously, the downing of a drone marked "Geran-2" was first reported on 13 September. The UAV was shot down near Kupiansk.