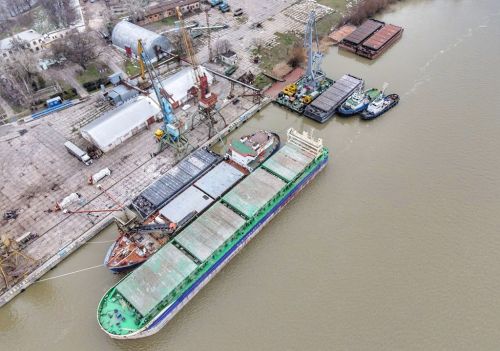 The State Property Fund has prepared the state-owned Ust-Danube Commercial Seaport for privatization.

The privatization auction will take place on the ProZorro.Sales auction platform on 17 January, the CFTS portal reports.

The starting price is UAH 60 million.

The property being offered for sale comprises three assets: one in the city of Vylkove (Odesa region), one in the Kilia port station in the city of the same name, and a base for servicing special LASH vessels on Shabash Island. Loading and unloading operations are performed at the Kilia port station, which is located 54 kilometers from the Danube River. The rated water depth near the berth is 3 meters, but the actual depth is 1.5 meters.

"Almost everyone forgot about Ust-Danube before the Great War. The major investments went to other seaports. However, Ust-Danube has played a very important role in global food security this year. It was one of the first to resume operation after the start of the full-scale invasion by the Russian army. It offers great potential for the development of Ukrainian food exports. This requires investments, which private businesses can provide," the State Property Fund’s head Rustem Umerov said.

The port resumed operation on 1 April after several months of blockade, transshipping 153,000 tons of export grain since then. In addition, it handles imported goods, including salt and rice. The port has handled 58,300 tons of imported consumer goods since 1 April.

The port made a net profit of UAH 848,000 in the period from January to September 2022. It paid more than UAH 9 million in state and local taxes from January to November.

As the CFTS portal reported earlier, the State Property Fund planned to privatize the state-owned port even before the war. An inventory of its assets was conducted for this purpose at the end of 2021, and the lifting of the arrest of its watercraft was also under consideration.