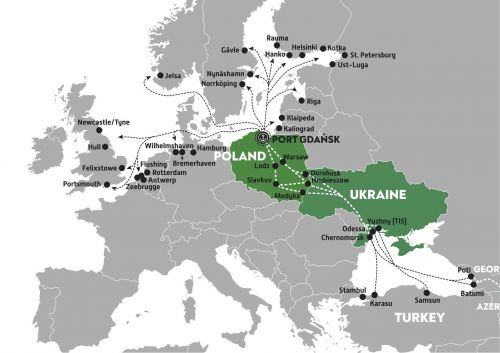 The Swedish ports of Gavle and Norrkoping are interested in becoming the final destinations on the proposed corridor connecting the Black Sea and the Baltic Sea.

This was stated during a webinar on "Creation of a New Corridor between the Baltic and Black Seas," which was organized on 11 February by the Port of Gdansk Authority (Poland), the CFTS portal reports, citing the RailFreight website.

According to Slawomir Michalewski, vice president for finance at the Port of Gdansk, the port has been on a continuous growth track in recent years. It is ranked fourth among the largest ports on the Baltic Sea and second on the Baltic Sea in terms of the number of containers handled. The Port of Gdansk handled 48 million tons of cargo last year and it has raised the bar to 60 million tons for the coming years.

According to Michalewski, the volume of traffic between Poland and Ukraine increase significantly between 2018 and 2020. Therefore, Gdansk has increased investments in the upgrade of its railway system, building 80 kilometers of new tracks and modernizing three freight stations. 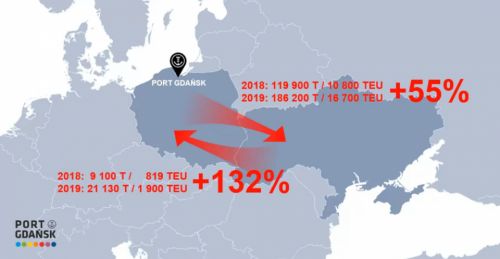 Representatives of two Swedish ports – the Port of Gavle and the Port of Norrkoping – also attended the webinar. They supported the idea of ​​a potential Black Sea – Baltic corridor and extension of this corridor to the Scandinavian countries. Moreover, they expressed their desire to be connected to the corridor and said that the ports of Gavle and Norrkoping could be the final destinations in the corridor because they have a lot to offer in terms of exports and imports.

The growing interest in connecting Black Sea and Baltic Sea ports is underpinned by Turkey's growing role as a major hub in the eastern Mediterranean, as well as by the active links between Turkish and Ukrainian ports.

The limiting factor, according to some participants in the webinar, is the rail links between the ports of Ukraine and Poland. 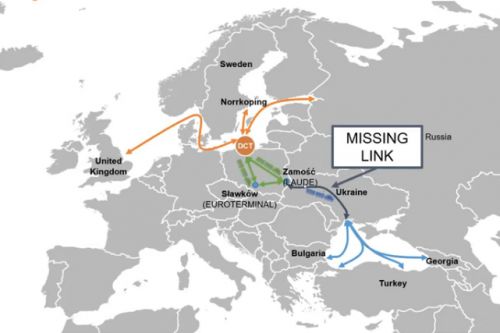 The Ukrainian Railways joint-stock company (Ukrzaliznytsia) has already announced its participation in the project. In particular, it announced plans to develop a Turkey – Ukraine – Poland intermodal route. "Ukrzaliznytsia’s Liski division signed a memorandum of cooperation on development of a Turkey – Ukraine – Poland multimodal route with the Ukrferry and FerriPlus companies on 24 December 2020. The memorandum is open for signing by any company wishing to participate in the development and operation of the route," Liski’s Executive Director Edvins Berzins said at the time.

In addition, Ukrzaliznytsia has made its own proposals on development of a new Baltic – Black Sea transport corridor, which will increase the traffic between Poland, Sweden, Turkey, and Ukraine. According to Berzins, this was discussed during the web conference on "Creation of a New Corridor between the Baltic and Black Seas," which took place on 11 February with the support of the port of Gdansk. "We proposed an exact calculated route (Turkey – Ukraine – Poland) together with partners in this project," he said.