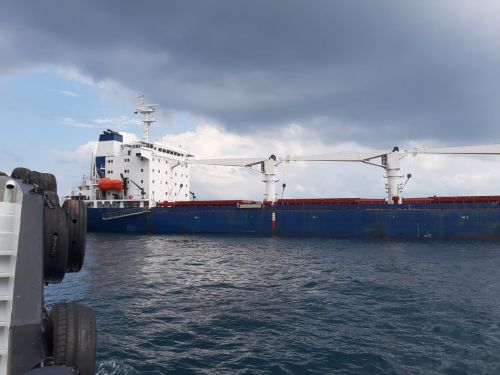 The bulker Razoni which is carrying Ukrainian corn was already inspected by the Joint Coordination Center and is ready to proceed to its destination.

It was written in today’s statement by Ministry of Infrastructure of Ukraine.

The day before yesterday, the bulk carrier Razoni left the port of Odesa with a load of Ukrainian corn and is heading to the port of Tripoli in Lebanon.

Its stop in the territorial waters of Turkey is connected with the next stage of the implementation of the "grain initiative", which was signed in Istanbul, namely the inspection of the vessel for prohibited cargo. 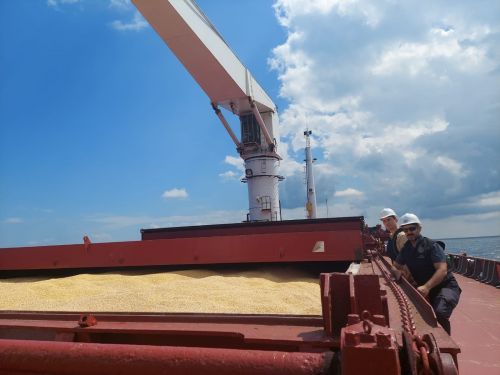 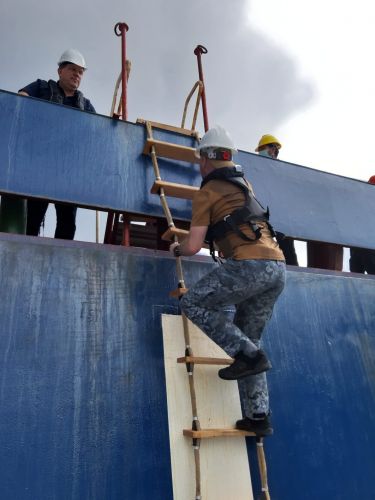 "This is the first vessel that goes along the "grain corridor" agreed with the UN and Turkey. Thanks to the Armed Forces and port services, Razoni safely made its way to the Bosphorus, where it was inspected by representatives of the SCC. On Razoni's example, all the necessary control and coordination measures between Ukraine and signatory partners - the UN and Turkey- are being finalized and worked out. Regarding any checks in Ukrainian ports or territorial waters, our position here remains the same - such control remains exclusively with us. No inspection groups, no reviews by third parties," said the Minister of Infrastructure of Ukraine Oleksandr Kubrakov.

At the same time, applications for the entry of new ships to Ukrainian ports for loading agricultural products are being accepted.

Currently, 17 vessels are loaded and are waiting for permission to leave.