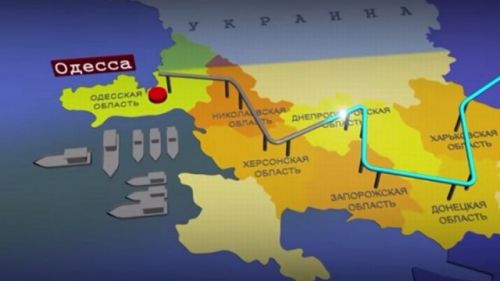 Ukraine can agree to the resumption of the transportation of Russian ammonia through its territory to the Pivdennyi seaport for subsequent transshipment, on which the Russian Federation is insisting as a condition for extending the Black Sea Grain Initiative, only if there is an exchange of prisoners based on the "everyone for everyone" formula.

"Regarding the export of ammonia, we can agree only if there is an exchange of ‘everyone for everyone.’ We do not want to trade with Russia, help them, they are our enemy. I said that we could only agree if they exchange all our prisoners for their captives," said Zelenskyi.

As reported earlier, Russia is insisting on reopening of the Tolyatti-Odesa ammonia pipeline, which passes through Ukraine’s territory, within the framework of the Black Sea Grain Initiative. Russian ammonia is expected to be subsequently loaded onto ships in the Pivdennyi seaport and transported through the Black Sea.