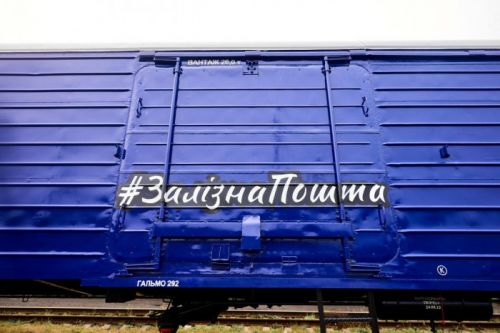 The Ukrposhta state postal service has announced that over 2,000 parcels have arrived in Kherson by train as part of the "Railway Mail Service" project that it is jointly implementing with the Ukrainian Railways joint-stock company (Ukrzaliznytsia), the CFTS portal reports.

According to Ukrposhta, these were parcels that could not be delivered because of the Russian invasion and occupation of the city.

"It will be possible to send new parcels from/to Kherson from 21 November. In particular, orders from online stores and pharmacies will also be delivered. Therefore, it will be possible to get the most necessary items on the eve of winter," the company said in a statement.

According to the statement, magazines and newspapers for subscribers, as well as for retail outlets, were also delivered to Kherson, in addition to wartime stamps, envelopes, and postcards.

The company said that it has opened six branches in the city.