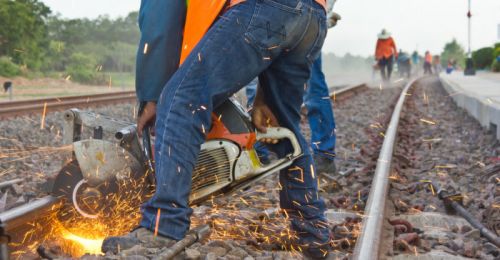 The Ukrainian Railways joint-stock company (Ukrzaliznytsia) has completed the restoration of the rail infrastructure and the repair of the overhead lines on the railway section between Kharkiv and Izium.

Ukrzaliznytsia announced this in a statement, the CFTS portal reports.

"Today, full-fledged electric trains began operating on the Kharkiv - Izium route instead of rail buses, which were used to provide rail links on this route until the restoration of the infrastructure," the company said in the statement.

According to the statement, the replacement of rail buses with electric trains increases the number of seats available to passengers.

"In addition, Ukrzaliznytsia overhauled one of the electric trains operating on this route at its own facilities during the full-scale war. This has made it possible to provide high-quality and comfortable rail transport services to residents of Ukrainian cities liberated from the occupiers," Ukrzaliznytsia said.