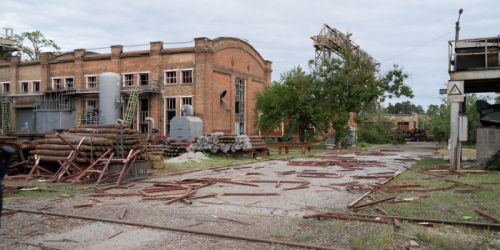 The Darnytsia Railcar Repair Plant (Kyiv) has resumed operation in its surviving shops.

This was announced by the head of the Ukrainian Railways joint-stock company (Ukrzaliznytsia), Oleksandr Kamyshyn, the CFTS portal reports.

"Investigative measures at the plant lasted two days. Law enforcement agencies recorded the outcome of the missile attack. Another day was spent clearing the debris. I am grateful to the local activists who helped with this," Kamyshyn said.

The head of Ukrzaliznytsia added that the plant resumed operation on the fourth day, Thursday,

"We are resuming operations in the shops in which it is possible. We are transferring the surviving equipment from the destroyed shops. We are resuming railcar repairs because we need to increase exports," he said.