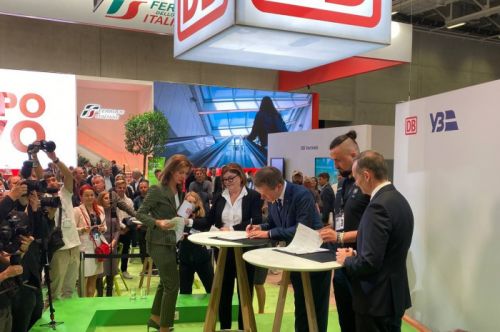 The signing took place within the framework of the InnoTrans 2022 trade fair, which was officially opened in Berlin on Tuesday, reports CFTS.

The document was signed in the presence of the Federal Minister of Transport and Digital Infrastructure Volker Wissing.

As the head of DB Richard Lutz noted, at this stage the German company’s support of Ukrzaliznytsia, which is operating in wartime conditions, will consist in the modernization of dispatching systems, as well as strengthening connections between UZ and European railways and bringing them closer.

"We will support Ukrzaliznytsia in strengthening ties with the EU. In the future, UZ should see its structures as meeting EU standards," he said.

Also, according to the DB’s top manager, the company pays special attention to freight railway transportation, which will contribute to the unification of Ukraine with Europe - the expansion of so-called "railway bridge".

In turn, Federal Minister of Transport and Digital Infrastructure of Germany Volker Wissing noted the UZ’s significant contribution to the evacuation of people from war zones and the harmonious cooperation of Ukrainian, Polish and German railways in the transportation of refugees and the delivery of essential goods to Ukraine.