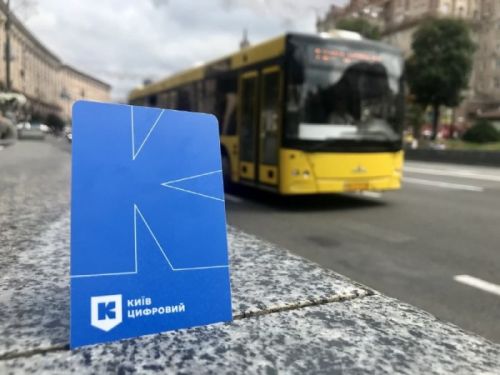 Paper tickets for travel in overland public transport, which were purchased from conductors, were phased out in Kyiv on 15 July. The Kyiv city administration has announced where passengers can replenish transport cards and buy QR tickets in the city, the CFTS portal reports.

According to the Kyiv city administration, passengers can top up their transport cards or buy QR tickets at 198 terminals at bus stations and 304 terminals at 52 subway stations.

"You can buy or top up a transport card, as well as purchase a QR ticket, at the ticket offices at 52 subway stations," the city administration said.

In addition, the city’s "Kyiv Digital" application can be used to top up transport cards and buy QR tickets.

"A transport card can be linked to the application through a number and pin code to top up the card from a bank card. Payment for travel with QR tickets is made from a smartphone screen. A ticket for another user can also be bought in the application," the city administration said.

As reported earlier, public transport began operating without conductors in Kyiv on 2 July. Some of the conductors will become inspectors.