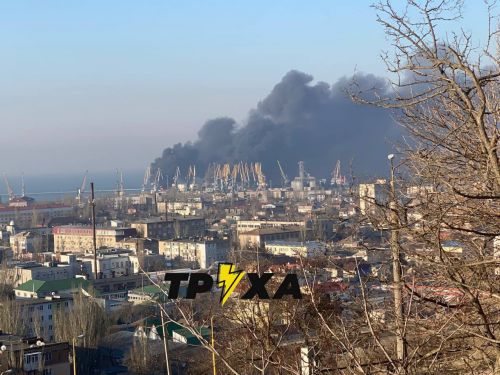 The Ukrainian Armed Forces have attacked Russian ships in the port of temporarily occupied Berdiansk, destroying one target.

Videos posted on social media by eyewitnesses show a big fire in the Berdiansk port, ammunition is detonating. At least two Russian warships managed to escape from the port into the sea. 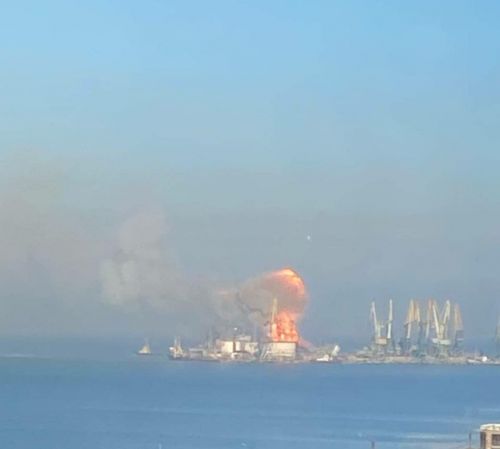 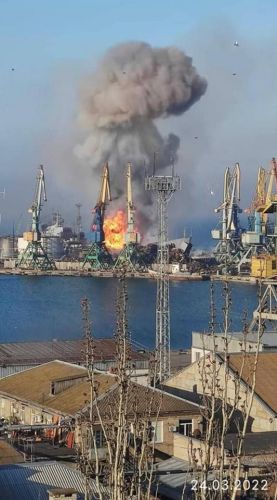