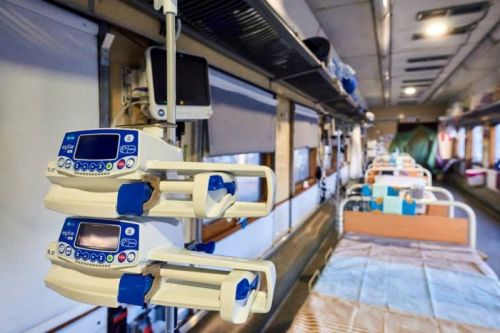 Medical trains operated by the Ukrainian Railways joint-stock company (Ukrzaliznytsia) transported 1,800 people in the first six months of this year.

Ukrzaliznytsia announced this in a statement, the CFTS portal reports.

Ukrzaliznytsia’s medical trains for evacuating wounded civilians, sick people, pregnant women, and children with special needs from the line of fire were first launched in early March with the assistance of the Doctors without Borders international organization and the Ukrainian Ministry of Health.

The medical trains had performed 50 trips, primarily from the Donbas, as of 12 September.

The medical trains’ carriages are equipped with defibrillators, ultrasound, and other modern equipment. They also have full-fledged wards and a full range of necessary medicines.