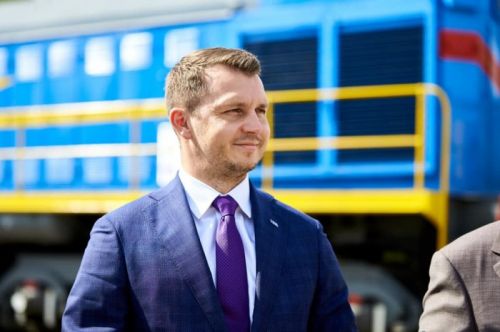 The supervisory board of the Ukrainian Railways joint-stock company (Ukrzaliznytsia) has granted Ivan Yuryk’s request to relieve him of the position of acting board chairman of the company.

Ukrzaliznytsia’s supervisory board announced this in a statement, the CFTS portal reports.

According to the statement, the supervisory board received a request from the company’s acting board chairman Ivan Yuryk to relieve him of his position.

The supervisory board also took account of a recommendation that was made in the National Security and Defense Council’s decision of 30 July 2021 and related discussions, including instructions issued by the Ministry of Infrastructure based on a Cabinet of Ministers decision.

The supervisory board also considered a recommendation by the Rewards and Appointments Committee and decided to recommend that the Cabinet of Ministers approve the appointment of Oleksandr Kamyshyn as Ukrzaliznytsia’s new acting board chairman until 31 December 2021 or until the election of a new permanent board chairman, whichever comes first.

As previously reported, the Ukrainian National Security and Defense Council recently instructed the Cabinet of Ministers to entrust the duties of the Ukrzaliznytsia board chairperson to Minister of Infrastructure Oleksandr Kubrakov.

The Ukrainian Ministry of Infrastructure expressed support for the Ukrzaliznytsia supervisory board’s decision on the appointment of the company’s acting board chairperson.

“After long negotiations, we finally have a list of concrete steps to implement the Security and Defense Council’s decision. The supervisory board of Ukrzaliznytsia has recommended that the government appoint as the company’s new acting board chairman Oleksandr Kamyshyn, who is to become an anti-crisis manager, for the period of preparation of a competition for the position.

“An Ukrzaliznytsia anti-crisis headquarters is being created under the Ministry of Infrastructure. Its main task will be to oversee the decisions that are necessary for the Ukrainian railway. I will personally oversee the work of the headquarters," Kubrakov said, commenting on the Ukrzaliznytsia supervisory board’s decision.

"We expect the supervisory board to propose a candidate for the new permanent board chairman to the government in a few months," the minister added.

According to the Economic Pravda publication, Kamyshyn is currently an advisor to the minister of infrastructure. He previously worked as an auditor at KPMG (2006-2008) and Dragon Capital (2008-2012). He was also the CEO of KMZ Industries, the publisher of Latifundist Media from July 2011, and the investment manager at the SCM company (from April 2012 to April 2019). He was on the supervisory board of the Portinvest company at the same time. He was also a managing partner at Fortior Capital from January 2020.