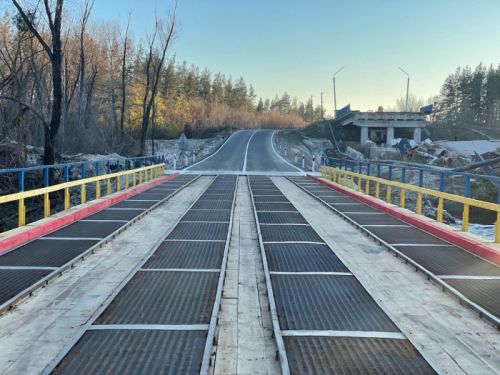 A temporary crossing has been built on the M-03 Kyiv – Kharkiv highway and 445 kilometers of roads have been cleared in the Kharkiv region following its liberation from Russian occupiers.

The Ministry of Infrastructure announced this in a statement, the CFTS portal reports.

Traffic across the Siverskyi Donets River in the town of Izium has been restored fully.

"The temporary crossing was built next to a destroyed bridge on the Kyiv–Kharkiv Highway M-03. This highway is one of the important logistical routes for resuming the vital functions of the liberated territories. The work was performed in close cooperation with the military. In addition, the restoration of the surfaces of major roads damaged by military operations in the region is continuing. In particular, 445 kilometers of roads have already been cleared," the Ministry of Infrastructure said.

"Currently, nine temporary crossings are already operating near destroyed bridges in the liberated territories of the Kharkiv region, and work is currently underway on six," the ministry added.

In total, 24 artificial structures were destroyed in these territories.

According to the statement, 144 pieces of special road equipment and about 300 workers were involved in the works. 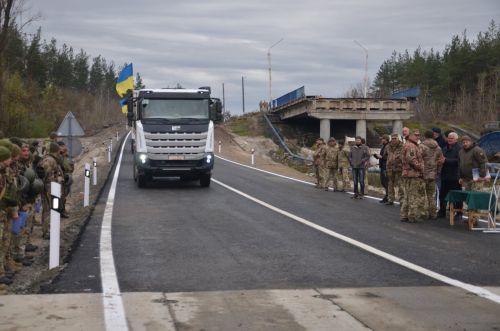 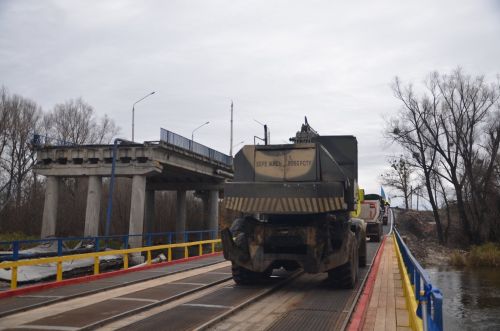