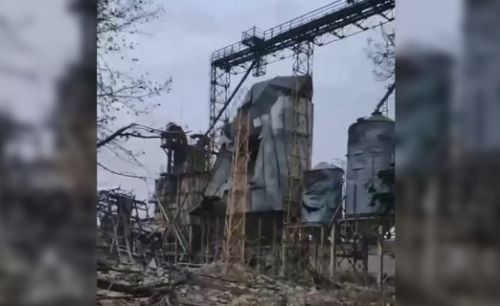 On September 4, around 6 a.m., the Russian occupiers launched a missile attack on the town of Ochakiv in the Mykolaiv region. According to the head of the regional military administration Vitaly Kim, the civil infrastructure and residential buildings were damaged as a result of the explosions.

Fortunately, no one was hurt.

The vice-mayor of Ochakiv, Oleksiy Vaskov, clarified that the rocket hit the granary.

"The elevator in Ochakiv was destroyed, several thousand tons of grain were destroyed. Currently, our communal services are dismantling the debris. Dozens of houses were also damaged," he said.

The sea port located in Ochakiv has been repeatedly attacked by the Russian army. For example, at the beginning of June, a moored tanker was damaged there, and a few weeks later, the port infrastructure was damaged.